Habanero is a common kind of chili pepper. Habanero naming after the Cuban city of La Habana. They have some colors variant, but the most common are orange and red. Habanero originally comes from Amazon. It is known as one of the hottest chili in the world. Therefore, many people use this pepper as the main ingredients of chili sauce.

Habanero has anti-inflammatory effect. The capsaicin acting as an anti-inflammatory by slow down the production of substance. So that the inflammatory effect can be reduced, such as swelling and pain associated. That is why consuming this pepper is good to fight arthritis and also headache. It is a natural way to eliminate migraine and another type of pain. Another thing that habanero can avoid food bacteria. Therefore, it reduces the risk of having inflammation.

What’s more health benefits of eating habanero pepper? Capsaicin stimulate the body to a fast fat burning. The hot sensation increases human thermogenesis. It is a condition in which human body temperature is raised and the energy is output. The released energy was coming from fat burning; therefore, it helps to reduce weight.

In case that habanero pepper is consume together during meal time, the thermogenesis will release an energy resulted from food. So that the body will not absorb the food into fat. But release it as an energy. People will feel hot and get sweat as its effect. The lipid metabolism inside the body is increased, so that the body avoid creating fat. Capsaicin also works to reduce human appetite, which avoid people to gain fat and become overweight.

The contain of capsaicin in the habanero believed can help to reduce diabetes. It works by reduce the level of insulin. This will work maximize in overweight person, which mostly get risk of diabetes type 2. By consuming habanero, this can help blood glucose control. The blood glucose will reduce significant and avoid people getting diabetes. This is not mean that habanero pepper can cure diabetes.

But it is precisely prevent and managed the body from diabetes. Be noted that the pepper will work optimize in controlling the sugar level on the blood if consuming uncooked. The cooked one may not be as effective as the raw one.

Inside the harbanero, the capsaicin stimulates the body nerves in a way that favours increase blood flow. The blood vessels will dilate and lowering the blood pressure. Therefore, it is increase circulation and might benefit people with high blood pressure. It is increase the insulin-like growth factor IGF-I. This help the blood cholesterol level to lower down. So that any type of the cardiovascular disease can be avoid.

People with risk of heart attacks, stroke and high blood pressure is suggested to consume the pepper. This can be a natural way to keep a healthy blood flows. Furthermore, it is also able to reverse the damage blood vessel. And prevent the bad cholesterol of building up in the blood vessel.

Some research found that capsaicin is a best anti-oxidant. Therefore, habanero believed can help to reduce cancer. There is a research in the US that treat cancer patient with giving them hot peppers. They resulted an improved health condition. The cancer cell’s growth is significantly slowed down.

In a research by Yucatan University mentioned that hot peppers including Habanero are known to be a good source of phenolic compounds such aspolyphenols, carotenoids and ascorbic acid. These phytochemicals exhibit high antioxidant activity, and their consumption has been linked to a decreased risk of developing chronic diseases including cancer.

Capsaicin is well known treatment for neuralgia. A condition in which a pain comes from the nerve that lie close to the skin surface. The use of capsaicin can be used to relieving pain from many different conditions, including arthritis, fibromyalgia, nerve pain and lower back pain. Capsaicin lower the amount of substance P, a chemical that helps transmit pain signals to the brain, when applied directly to the skin. Having habanero as a pain relief has been proven to be effective.

Habanero pepper can eliminate sinuses. As the same way with other spicy food, the effect is good for opening up slogged sinuses. It means that it leads to a fast recover of cold. It works by giving a relief breathe system in human. The hot sensation feeling help to relief the respiratory system. It acts as decongestant and help the mucous out. So that you can breathe easier and relaxed. It is good for people with allergic symptoms such as asthma. It can soothe the lining of the lungs.

Indeed, there are many health benefits of eating habanero pepper. Spicy and healthy! 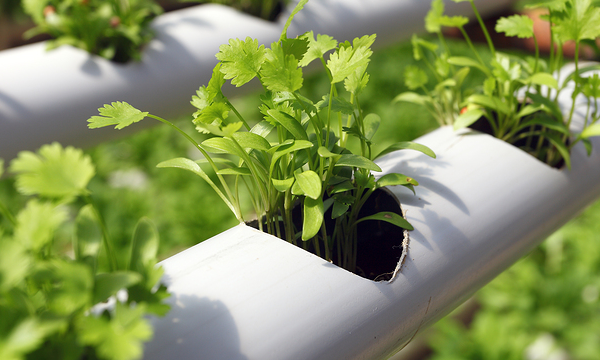